We all know how popular Louis Vuitton handbags are and this is exactly why we decided to write a guide on comparison of Louis Vuitton Mini Pochette replica VS original.

We really hope that after reading these steps you will be able to authenticate your beautiful handbag easily at home. If you still have doubts it is ok, as all you need to do is use our authentication services. Our super helpful team is by your side 24/7!

Very first thing that is noticeable is the textured surface on the replica. The authentic model has a pretty even surface that does not have a grainy effect at all. The fake Mini Pochette is supposed to be exactly the same too.

Another thing that differs these two models is the shape of the handbag: As you can see, the authentic one is skinnier on the top and gets wider as it reaches the bottom, while the replica has a weird rectangle shape.

The iconic Louis Vuitton print clearly has been very poorly replicated too, as the details are supposed to be much smaller but also thinner too.

The color has to be beige and not yellow like shown on the bottom picture. On the first look, it has to be said that differences might be a little hard to notice.

First things first, the shape, which similarly to the previous pictures, is the rectangle on the replica, while it is supposed to have larger curves on the edges.

The squared print looks absolutely amazing on the authentic model, but these squares have a washed-out look on the replica Mini Pochette model which gives it a cheap look.

The replica appears to be much taller in height when it has to have the same measurements as the authentic model. The sides look pretty similar to each other, but if you look closely the authentic model looks more dimensional which automatically shows that there is much more room in the original handbag than in the replica.

The squares are larger on the Mini Pochette replica model and the stitching is very poorly done: When the authentic model has very thick and high quality thread used, it looks very thin and not solid on the replica. This zipper tag has a Louis Vuitton signature on it, which clearly has been written differently on both of these models.

The original letters are smaller and engraved, while there are some harsh lines made on the replica, the letters are also huge.

The "R" is supposed to be much smaller than the text below, just like shown on the left picture. There are supposed to be larger spacings between the lines too.

Overall shape of the fake tag is much skinnier than it is supposed to be.

The stitching is worth mentioning: The stitches on the right picture are too sloppy and unsolid 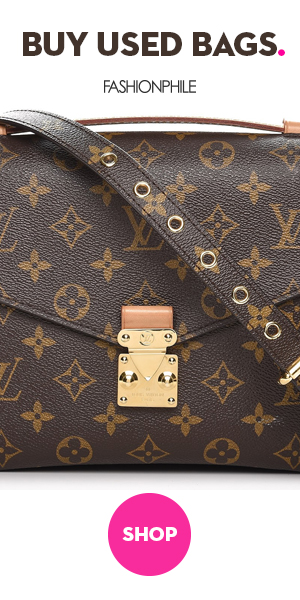 The zipper tag in this case has relatively lower quality than the one shown in the previous method.

First of all the overall shape: The fake tag has a greater height which looks super weird, while it is supposed to be small and wide.

The fake leather has some harsh scratches which look very cheap.

The letters are supposed to be smaller and rounder too.

The stitching clearly has been done super carelessly as these stitches are supposed to be tight and symmetrically done. The Backside of Zipper Tag Method

We had to say a few words about the stitching on the zipper tag too.

You can see how there are huge holes made by the needle on the fake tag, which looks torn apart. The stitches are uneven and asymmetrical, when they are supposed to be solid, secure and tight like shown in the first picture.

Are you keeping up with our steps? If it seems too complicated for you it is alright, as all you need to do is use our amazing authentication services. Our team is by your side 24/7! Even though the hardware on the authentic model is not actually made out of gold, the original Louis Vuitton hardware always looks very good. The same can not be said about the fake model.

Clearly, the color has been mismatched as it makes the metal look toy-like which is the first thing pointing out that the model is fake.

The Louis Vuitton logo has also been poorly copied, while the authentic one is very easy to read, it is almost impossible to see it on the fake model. Even though the puller might be a tiny detail, flaws and differences can still be found if you look closely.

First of all, the overall shape of the original puller is completely different from the replica, as it is thinner and more defined.

Louis Vuitton logo is again a problem on the fake model, as the letters are supposed to be engraved deeply and defined too.

The spectre of golden color has been mistakenly chosen by the replica factory too. The sizing tag is a very interesting thing to look at as you can define where your handbag has been made.

As shown on the timetable UB code belongs to Spain and AR belongs to France. Of course, authentic models can be made in all of these places so we should find differences in the way these tags were made.

First of all the font, the letters are smaller and rounder on the authentic tag, while they are very square-like and large on the replica.

The overall size of the tag is larger on the fake model too. The inner red fabric has some issues in the right picture.

The material is very shiny and textured on the replica, when it is supposed to be matte and even surfaced like shown on the left photo.

The two thick strings are also supposed to be smaller than it appears on the replica handbag. The packaging is the very first thing you see while receiving a long-wanted Louis Vuitton handbag.

Maybe you should start observing right after opening up the box. In this case the authentic dust bag has larger letters while the replica has much smaller and thinner text. As you can see, the comparison of Louis Vuitton Mini Pochette fake vs real can be easy if you know which details are the most important.

If you still have some questions it is totally alright, as all you need to do is use our authentication services and get your item legit checked! Our amazing team will help you 24/7!